OMAHA, Neb. (KMTV) – Are you thinking of taking a walk around the neighborhood or a lake? Consider exploring Omaha’s classic neighborhoods for their art, history, and unique architecture. From South Omaha, Little Italy and Dundee to North Omaha, Benson and Florence, you’ll find the city’s oldest building, the place where a balloon bomb exploded over Omaha during World War II, and loads of other trivia and nostalgia.

You can explore Omaha in a number of ways, with organized tours offered by companies like the Nebraska Tour Company and History Walks. But you can also go on your own city walk. We did city walks in both directions but there are plenty of ways to determine the style and speed that is right for you.

Here are three amazing neighborhoods to explore during your very own Urban Hike Omaha.

Called the “Magic City” because it seemed to grow overnight, South Omaha is a diverse area to explore. The melting pot of Omaha – almost every immigrant group has settled in South O – people from Eastern Europe, Italy, Germany, Asia and Latin America have called the area their home. It seems that in Omaha’s early days, each generation a new ethnic group settled in the area. Today you can find murals in the neighborhood celebrating that story. From the Irish mural in Donohue’s Pub on 32nd and L Streets to the Lithuanian project in the Lithuanian Bakery, you can find a mural for just about every ethnic group that calls Omaha home. 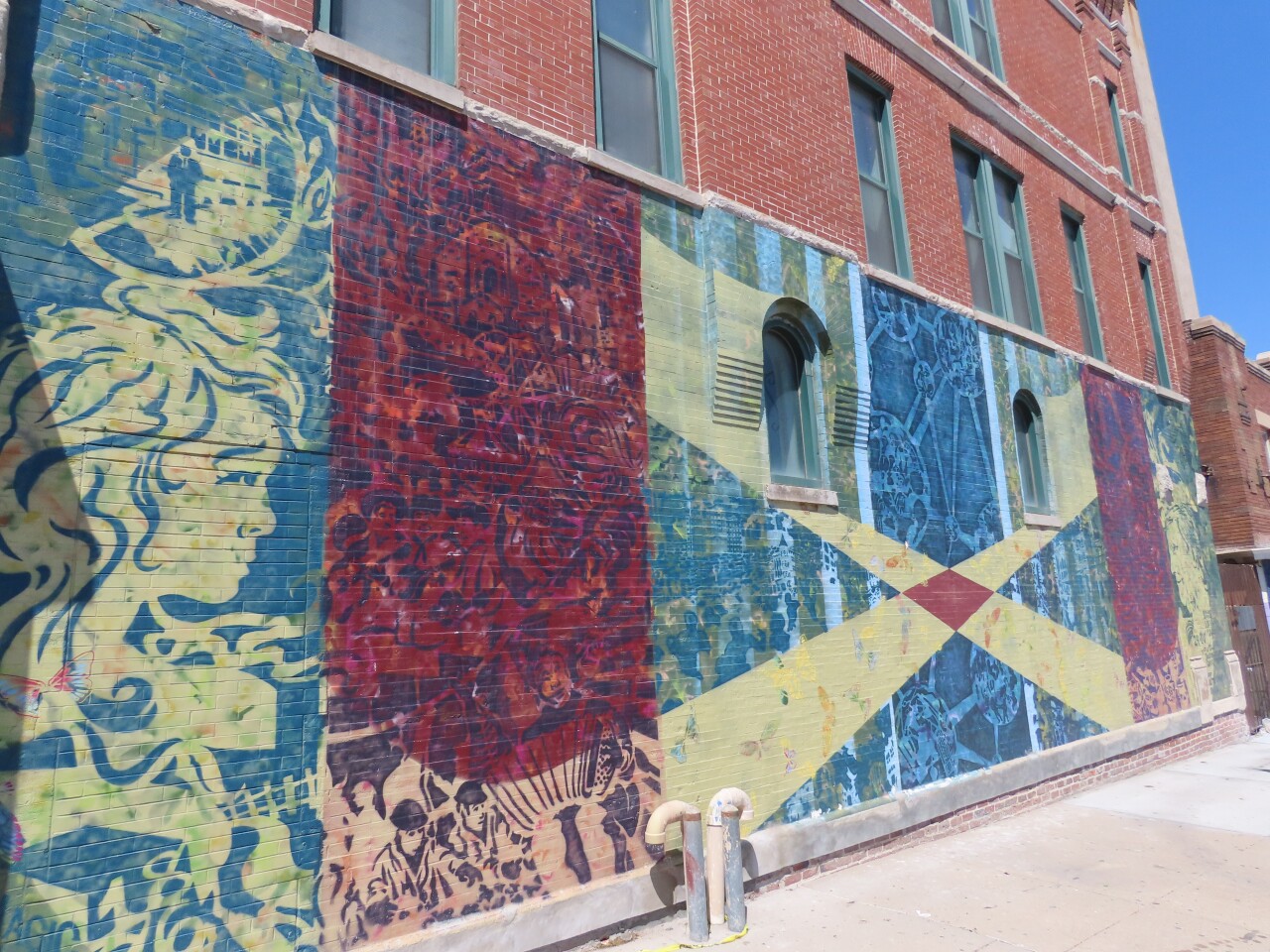 But for a fun walking tour of the city, check out the 24th Street corridor between L and Q streets. As you stroll through the business district, check out the murals near Plaza de la Raza. Local artists have created beautiful pieces that celebrate “Magic City,” Mayan history, Native American influence, and Latino flair. Sculptures and flower gardens add color and flavor to South Omaha.

The story runs through the buildings along 24th Street, including the US Post Office building that once served as the town hall for South Omaha’s brief existence as a city in its own right. The Roseland is now an apartment building, but was once used as the community theater. For a glimpse into Latino history, visit El Museo Latino, as the museum has several special exhibitions on history and culture.

Of course, there is no better area for authentic Latino cuisine. From Taqueria el Rey to the GI Forum, you’ll find the best Latino food in town.

Some people may refer to Benson as a hipster neighborhood with unique art galleries, boutiques, and restaurants that call the area their home. However, if you love murals, the neighborhood is perfect for you. From his “Welcome to Historic Benson” mural to Beercade and 100 People by Watie White, spend an afternoon wandering the Benson neighborhood and admiring the public art. White’s work, seen in Omaha, focuses on social justice activists and advocates in Omaha. If you’ve ever been to Benson you know the neighborhood is inclusive, advocating for refugees and other social justice movements. 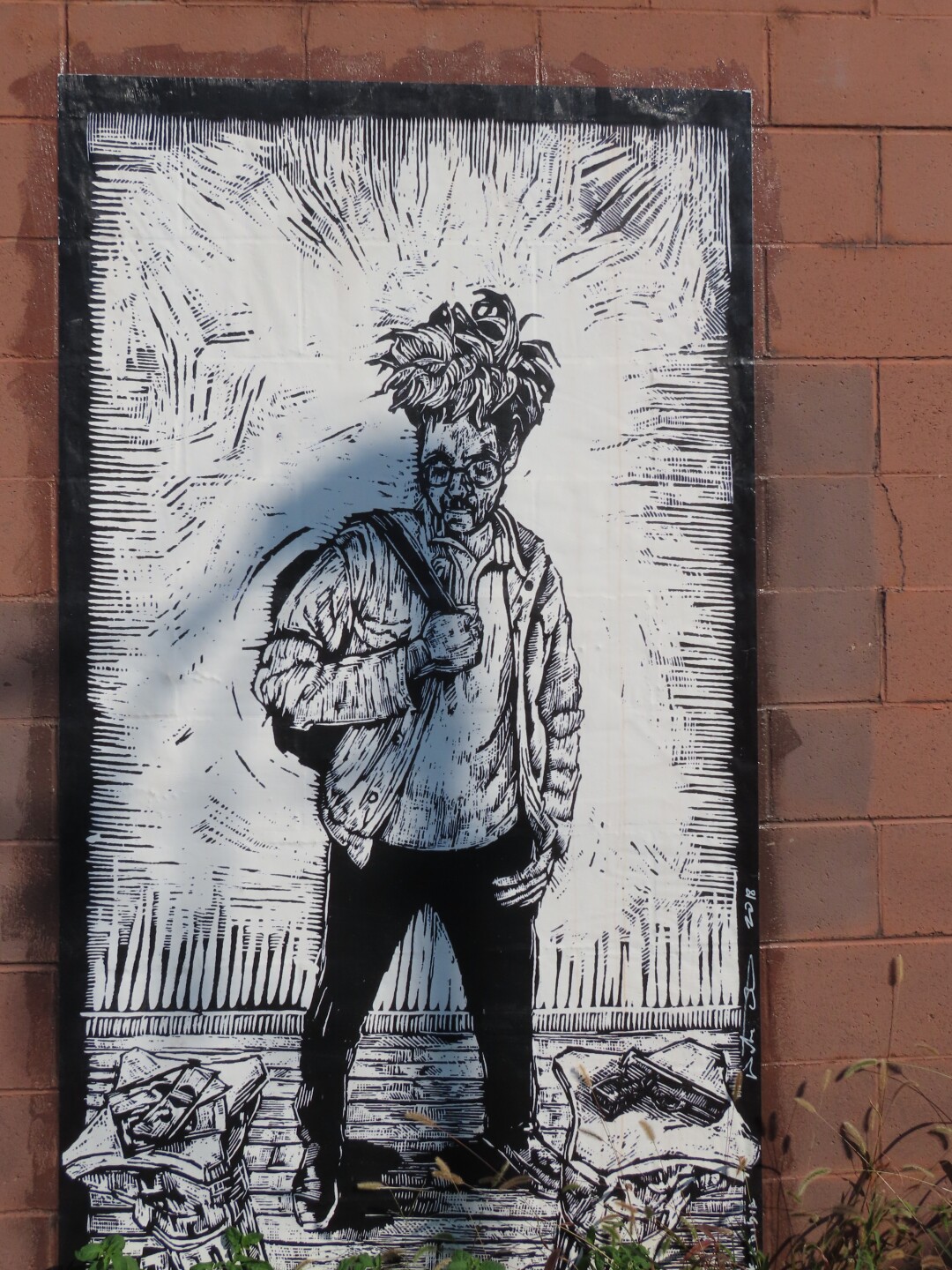 But Benson is not all about politics and social justice. You’ll find colorful works that combine Donkey Kong with fire escapes as part of the alley art behind Beercade, the home of beer brewing and nostalgic pinball games. For around six blocks, you can explore art on the back of businesses, from giant insects to beautiful faces.

On your walking tour of Benson, explore the local galleries, which offer eclectic work you probably won’t find in more mainstream outlets. Petshop is a shared workspace with a variety of galleries and exhibitions. With new, vintage and repurposed pieces of furniture and accessories, you’ll enjoy your time at the Found Vintage Market. 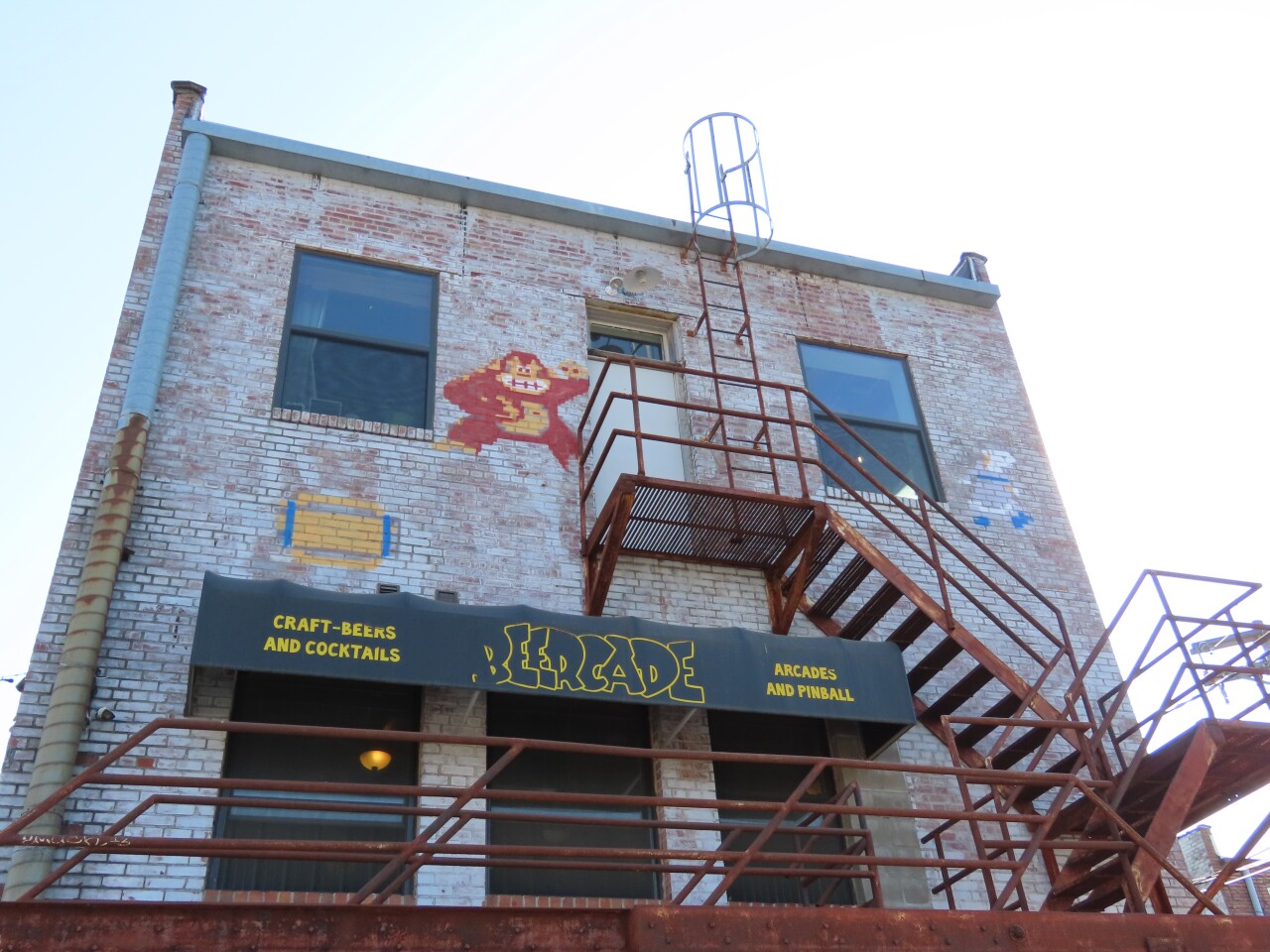 After wandering the area and seeing the architecture like the Post Office and Benson Community Center, arts and culture through the shops and galleries, you can enjoy Benson’s outstanding culinary scene. With the chefs nominated by the James Beard Foundation, Yoshitomo and Au Courant Regional Kitchen are perhaps the most iconic spots, but Benson also has great food at Ika Ramen and Izakaya and Burrito Envy. You may also want to enjoy a drink in the Infusion Brewery taproom or Krug Park. For an extraordinary experience, try the gourmet coffee or cocktails at Edge of the Universe, which prides itself on showcasing various seasonal themes.

The economic history of North Omaha once ran through the 24th and Lake. The district was one of the busiest and most prosperous areas of Omaha. One block had at least 40 stores during the district’s heyday. However, from the 1960s onwards, a variety of reasons led to the area’s decline. 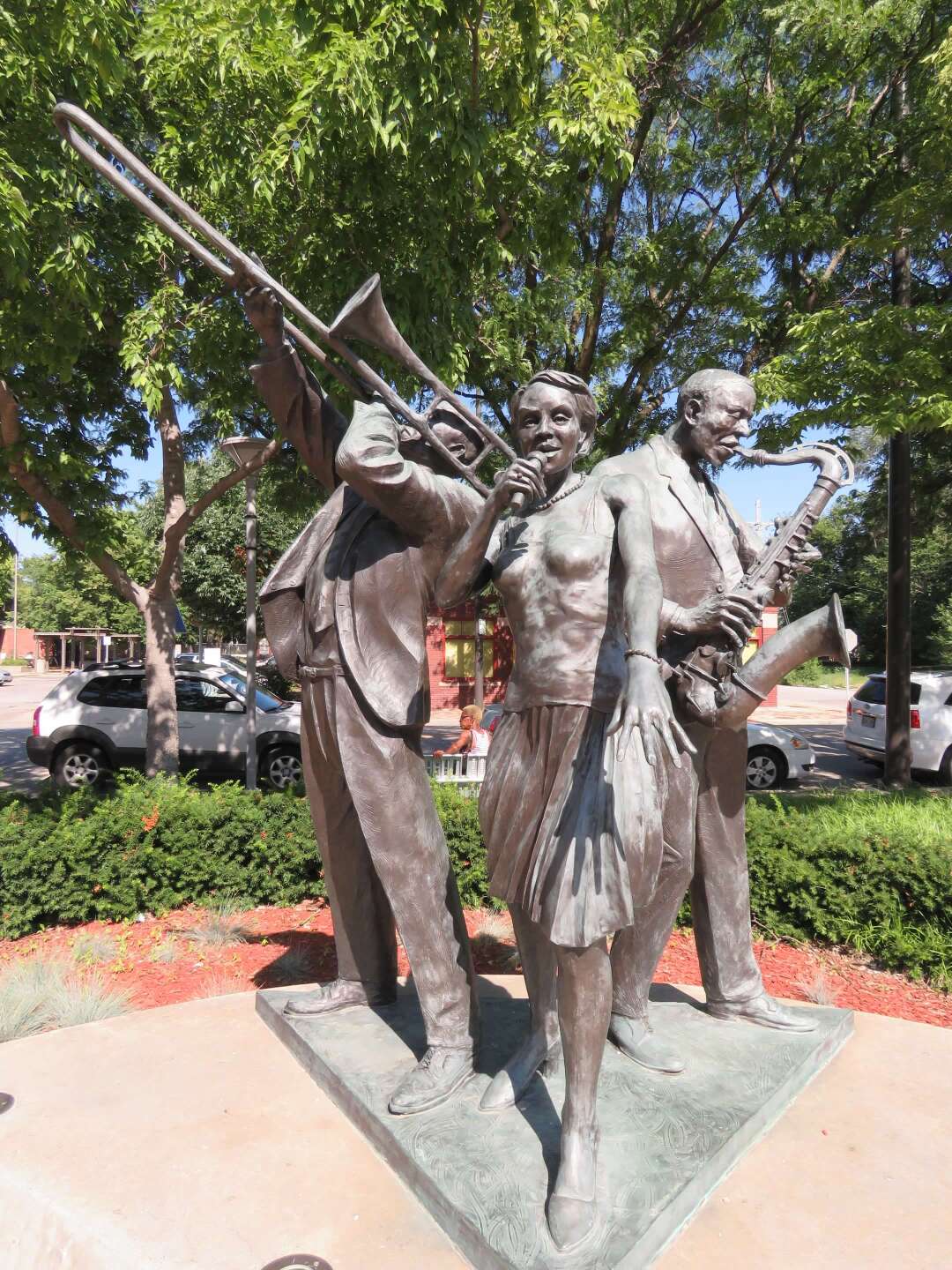 With a rebirth to the area including the relocation of the Great Plains Black History Museum, the historic district is a must-see sightseeing tour. We previously took a guided tour of historic buildings in the neighborhood, including some of the nearly dozen listed on the National Register of Historic Places. From the Dreamland Ballroom in the Jewell Building to the Carnation Room, the neighborhood boomed as the home of the Omaha jazz scene. With greats like Count Basie and Ella Fitzgerald, the 24th and Lake District was the place for great music. This story is celebrated with a sculpture of the “Jazz Trio” in the Dreamland Plaza opposite the Jewell Building.

Enjoy a self-guided walking tour of the city to explore the historic buildings of the 24th and Lake Districts, which span an area of ​​approximately 12 blocks, including the Carver Building, the former Webster Telephone Exchange Building, and Broomfield Rowhouse. 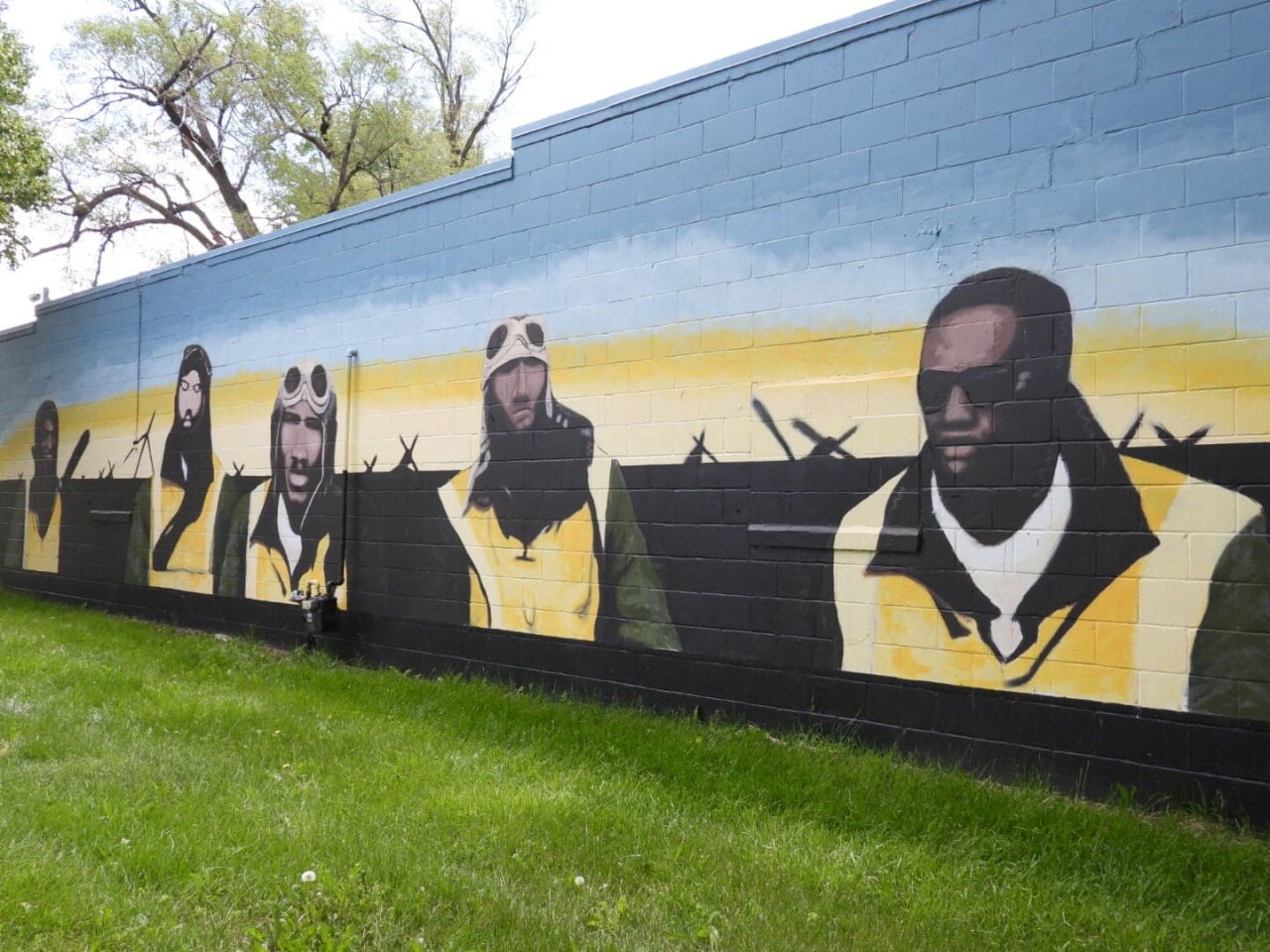 Long owned by an African American woman, the Omaha Star building, one of the oldest newspapers in the country, was also listed on the National Register of Historical Places. The building with its iconic shield is a great place for photos. Nearby, the Great Plains Black History Museum shows the stories of the Black Omahans and their role in the development of the city. It also documents the problems that African Americans have faced in Omaha’s history. Next to the museum is a mural celebrating Omaha’s Tuskegee Airmen, black pilots during World War II.

At the intersection of 24th and Lake you will find the Dr. Martin Luther King Jr. Cornerstone Memorial with murals depicting African American life and problems on a wall behind. The memorial honors several black social justice leaders, including Malcolm X, who was born in Omaha. The civil rights leader’s childhood home is identified by a state historical marker about 1.5 miles from the King Memorial. 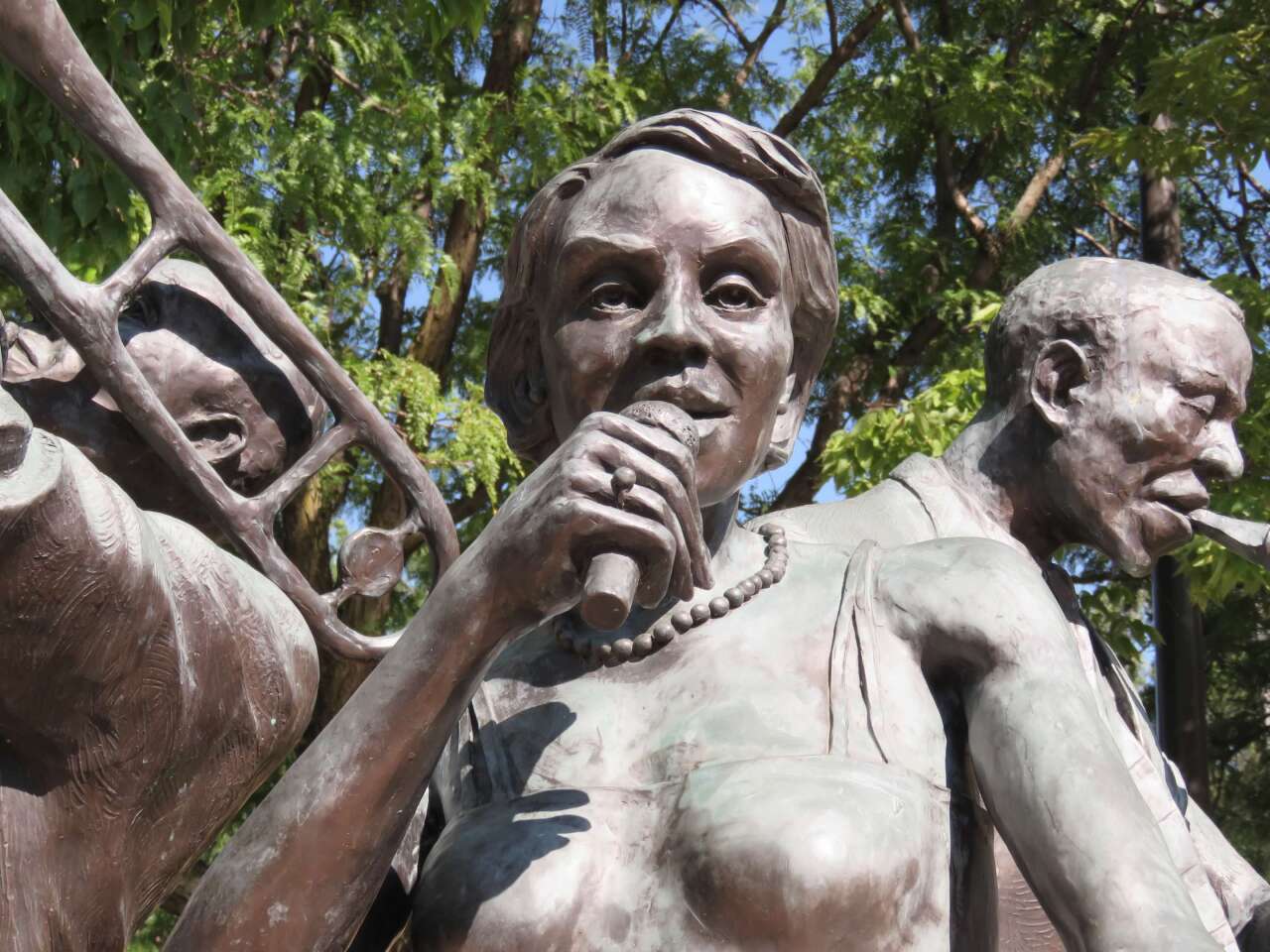 On one wall of the building, around the corner from the Königdenkmal, there is a beautiful mural with the word “Love” painted in 1960s-style font.

If you’ve got an appetite during your city walk, check out the menu at Emery’s Café and Southern Bistro, which are just a short walk from the Omaha Star.

However you choose to explore Omaha, with a guided walking tour or a self-guided excursion, your walking tour will be enriched with the art, history and culture of our city’s classic neighborhoods.

For more ideas for local city walking tours, check out The Walking Tourists:

The tour gives an insight into Omaha’s African American history

Together Inc.’s pantry is expanding beyond Omaha to meet growing demand