Omaha’s police chief said Monday that two officers acted appropriately when a black man was fatally shot and killed in a traffic obstruction last week for repeatedly breaking their orders. The video of the confrontation will not be released immediately.

Police Chief Todd Schmaderer said his officers followed the department’s guidelines when Kenneth Jones was shot dead last Thursday for reaching for a gun in his waistband and disobeying orders.

Schmaderer showed several photos of the traffic obstruction during a press conference, but said the full video would not be released until a large jury reviewed what happened.

“In this incident, the officers faced a very difficult situation with a person with a weapon who would not obey their orders,” said Schmaderer. “My senior command staff and I agree on this matter. The officer used lethal force in accordance with our policy. “ 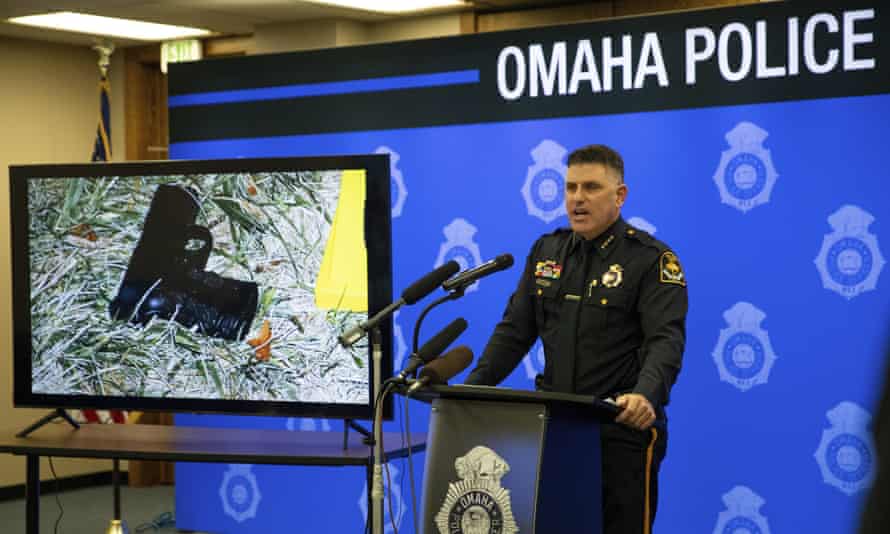 Protesters gathered outside Omaha Police Department over the weekend to demand the release of video footage. Schmaderer said the release of the video could affect the grand jury’s investigation.

The two officers were on leave pending the investigation. The police identified them as Dan Faulkner, 29, and Richard Martier, 31, who have both been with the department since 2016.

Police said officers ran over the vehicle Jones drove into after watching it stop in the middle of the street, then moved several feet forward and stopped several times. The officers said they thought the driver might be impaired.

Schmaderer said Jones was the only person in the vehicle who did not follow the officers’ orders to put their hands up. He said officers pulled their guns out when they ordered everyone to raise their hands at least 14 times, and Jones ordered his car door to be opened six times without holding it. They broke out his window and opened the door to pull him out.

“As a boss, I’ve seen a lot of videos over the years and this was one of the least compliant situations I’ve ever seen,” Schmaderer said.

A total of one minute and seven seconds passed between the start of the traffic obstruction and the shooting. Officers found the 45-caliber pistol when they rolled Jones onto his back for assistance, Schmaderer said.

Investigators found that the driver of the vehicle was not drunk, and Schmaderer said the driver and two other women in the car were innocent of violations.

Schmaderer said Jones had a vial of PCP with him, but the toxicology tests on him were still ongoing. It may take a few weeks for the results of these tests to be available.

Omaha Organization offers advice on talking to children about tragedy