5:30 p.m. – Clouds of smoke have calmed down a lot on the radar so the fires should be somewhat under control tonight. Cooler air will continue to enter behind the front, and the wind will gradually ease overnight.

In the early afternoon, several departments reported to the great bushfire in Fort Calhoun.

4:00 p.m. – OPPD reported that with the exception of 1,176 customers, crews had restored power, including some major outages reported Wednesday earlier due to broken crossbars, fallen branches and a twisted cross arm, according to the utility’s website.

3:30 p.m. – By satellite and radar, the Saunders and Kennard fires appear to be largely under control. However, more fires have broken out near Fort Calhoun, Treynor and Essex. These are visible as hot spots on satellites and plumes of smoke on the radar. 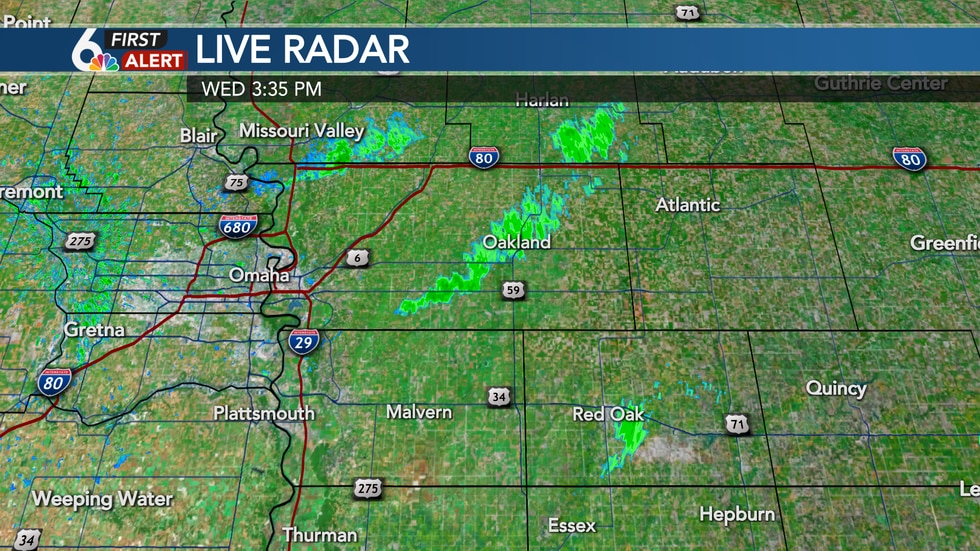 Clouds of smoke detected on the radar on Wednesday afternoon(WOWT)

Due to the high risk of fire, the warning notices remain in force until 6:00 p.m. on Wednesday. Even counties not included in the warning should avoid open burns today, as gusts can reach up to 60 mph! 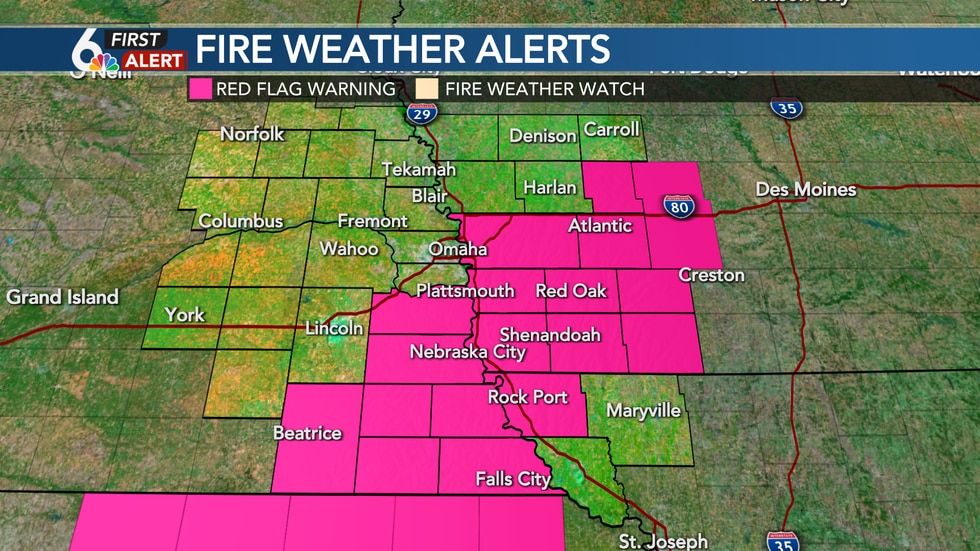 2:30 p.m. – 60 mph wind gusts were reported at Eppley Airfield as the OPPD site reported additional outages affecting more than 5,000 customers: 4,459 in Douglas County were without power; 643 in Cass County.

According to the OPPD website, an outage reported about 30 minutes ago affected customers in northern Omaha from Ninth to 30th Streets between Camden Avenue and King Street.

Meanwhile, another fire was reported northwest of Omaha, near Kennard.

Another fire was reported southeast of Kennard, north of Bennington. That’s in addition to the ongoing Saunders County bushfire. These winds create dangerous fire conditions today, please be careful out there! pic.twitter.com/I6pAsjqpax

1:54 p.m. – Outside the Omaha metro, several fire departments battled a bushfire near Prague.

It looks like there is a bushfire going west of Wahoo and south of Prague in Sanders County. The plume of smoke is currently visible on the radar. We are working to get more information. pic.twitter.com/uWflmORlDu

OPPD said crews restored power to nearly 3,000 customers in Blair just before 1 p.m., citing a large branch that fell into a three-phase power line. A few minutes later, another outage affected another 2,311 Omaha customers between Military and West Maple Road, from 78th and 96th Streets, according to the update on the OPPD website.

“We have trouble-shooting on the way to find the cause,” says the statement.

12:25 p.m. – An outage affects nearly 3,000 OPPD customers in Washington County, according to the OPPD update, which shows nearly 5,000 customers are without power.

11:27 am – OPPD said in an update on its website that 561 of its 800 unpowered customers were in an area in Saunders County west of Plattsmouth.

This is a developing story. Stay with 6 news for updates.